Beautiful work, and the colours are so evocative. Genius, pure genius.

What lovely sentiments. I already volunteer my time as a Cadet Instructor but these…These I can do. 😀

I’m currently practicing some new skills I’d like to acquire this year so first up is one of my favourite sayings from “The Princess Bride”. It’s one of mine and the family’s favourite ever movies so I thought I’d stitch it.

“As you wish”…So much sass!

I’m been inspired by some of the blogs I’ve been reading so here’s the fabric that I’m stitching it on: 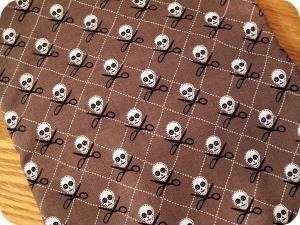 It’s lovely! I’ve had it in my craft cupboard for a few years but never really found anything I could do with it. Until now, that is. I’ll post some progress pics tomorrow but it looks pretty good if I may say so. 😀

So far I’ve used stem stitch and back stitch on the lettering but I’m not sure what to use for the little logo I’ve done of his mask, bandanna and moustache. Maybe I’ll try stumpwork, haven’t used that before. Hmm…

I’ve been looking into quilting today, something I’ve never tried but always wanted to. I got treated to a sewing machine about eight months ago and quite frankly, it’s just sat there as I’m too scared to use it. However, planning on starting since I’ll need to be able to use it very soon. 😉

I’m getting quite inspired by some of the fabrics I’ve been looking at. I love muted, natural colours and fabrics like those below are really “speaking” to me and I’m kind of getting really inspired by what I can do with them. What do you think? 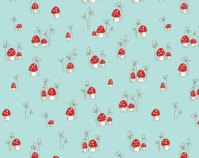 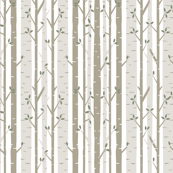 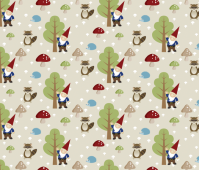 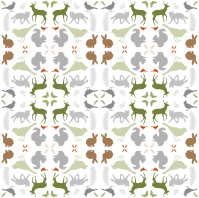 I’ve also seen some beautiful quilts, and I’m itching to get started. All I need do is measure twice, cut once and stitch a straight line. Right? Yep, that’s what I keep telling myself. 😉

Just take a look at these. Gorgeous! 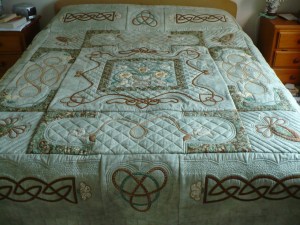 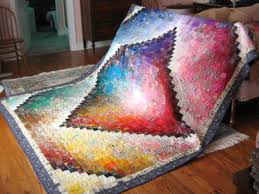 There are two areas of history specifically that I’d like to find out more about, and be able to make clothing that’s actually historically accurate (I like the idea of living history but many places I’ve found just don’t have the right clothing – and in some cases, are two or three hundred years at least inaccurate!). One technique that I want to learn to use is Nalbinding (which the Vikings were known for having used since they didn’t know how to knit by all accounts) so I’ve been doing some research on it. The January Challenge is about Foundations – socks, underwear, etc – so if I can learn it, I’ll be doing it for that. If not, I’ll be tying my fingers up in knots trying to figure it out.

This sock was found as part of the Coppergate excavation in York, England. It was associated with a 10th century post and waddle house, and so far is the only example of nalbinding found in England (perhaps off the foot of a traveller???). Analysis of the sock suggests that using a bone needle, the maker started at the toe and worked their way out from there. There is also evidence to suggest that it had been patched or repaired in some way. It has not been determined what colour it may have been, but it is believed that it had a red band around the ankle area.

As are so many finds from this period, this mitten was found in a stray context on a farm in Sweden. In 1913, a farmer was digging up some peat and came across this piece, unfortunately, damaging it with his spade in the process (see just above and to the right of the thumb). The stitch used on this mitten is a bit different than the traditional Oslo stitch, and as such was deemed the Åsle stitch, in honour of where it was found. It is believed to be from the 16th or 17th century and is currently housed at the Åsle Tå museum in Sweden.

I’ve also found a couple of pictures of interest but have found this site here: http://historic-crafts.blogspot.co.uk/2011/04/nalbinding-how-to_10.html for how to do it. This could get interesting. ^_^ 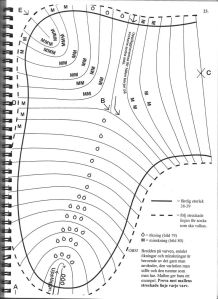 One thing I found during ALL of 2014 was that time was incredibly difficult to find. So this year, I am aiming to amend that and to address my skills (and lack thereof) in some areas. So, these are the aims of this year (could make interesting reading this time next year lol). 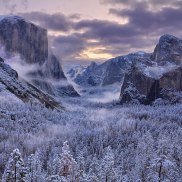 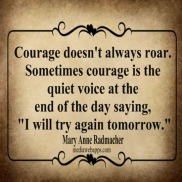 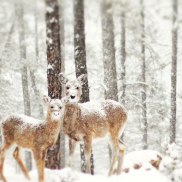 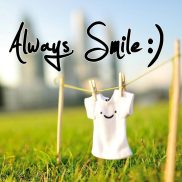